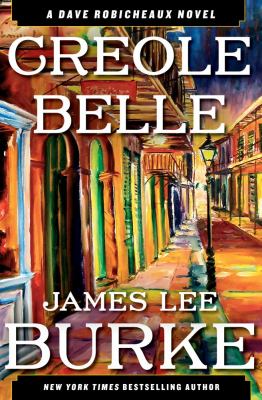 View other formats and editions

View all formats and editions (2)

► ▼ Google Preview
▼ Summaries & More
Summary: When last seen in The Glass Rainbow, the previous book in the Dave Robicheaux series, Robicheaux was recovering in a New Orleans hospital from a near-fatal bullet wound. Immobilized and heavily medicated by morphine, he was visited there by a beautiful Creole woman named Tee Jolie Melton. After she's gone, his fond, hazy remembrances of her are rekindled by one song, "Creole Belle" on the iPod that she left behind. Now obsessed by the song and thoughts of her, he goes in search of her. He finds instead the frozen corpse of her sister floating at sea. As he grapples with that mystery, an oil rig explodes on the Gulf threatening the cherished environs of the bayous. Robicheaux then swings into action, leading the charge against the destruction of both the land and the people he has sworn to protect.
► Awards, Reviews, & Suggested Reads
► Additional Content
► Shelf Browser
► MARC Record