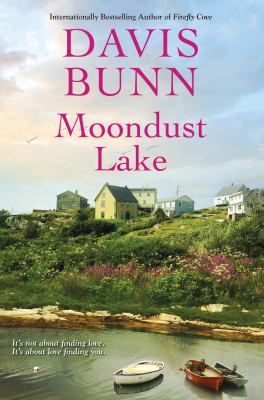 
What to do with a life where all his trust had been shattered? Against all odds, Danny Byrd wrestled free of the Arizona foster care system to follow a long held dream- a career in Hollywood. Rising in the ranks as a whip smart producer, it seemed within reach-until he became the fall guy in a heartrending betrayal. Reputation destroyed, convicted of fraud, Danny was back behind bars. But now someone from his past is clearing Danny's name and making amends. Being offered a promising film project is only the beginning of a new dream. When a mysterious benefactor bequeaths him a quaint, lakeside hotel in the sleepy California coastal town of Miramar Bay, Danny also finds a place where it can come true . . . What's one more risk when she has nothing left to lose? Megan Pierce is a driven young attorney specializing in the cutthroat world of film. To survive and thrive she has sacrificed everything personal, including hope of a meaningful relationship. But success, and L.A., have left her another disenchanted player unable to remember why any of it seemed so alluring. . . . Until she meets Danny, her unexpected partner on a new Hollywood romance that could reignite both their spirits. It seems impossible that they can meet their deadline. Impossible that they can work with the director who ruined Danny's career. Impossible that they can find a second chance in each other. But in a world built on dreams, anything is possible. Especially a love story. Emotional and heartfelt, Moondust Lake is an uplifting novel about embracing all the things in life that matter, and never letting go.
► Shelf Browser
► MARC Record