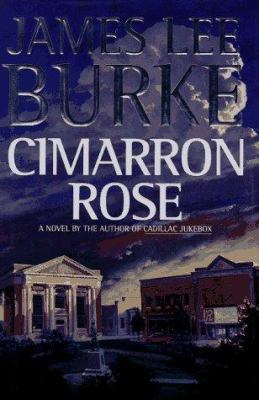 
My grandfather and his father were both violent men. Their eyes were possessed of a peculiar unfocused light and the ghosts of the men they had killed visited them in their sleep. When I was a young police officer in Houston, I swore their legacy would not be mine. But if there are drunkards in your family, the chances are that you will drink from the same cup as they. The war that can flare in your breast with each dawn doesn't always have to come from a charcoal-lined barrel.Thus begins the powerful new mystery -- and new direction -- from the best-selling author considered one of the very finest American crime writers ever. Cimarron Rose erupts with the intensity, violence, breathtaking beauty, and bittersweet history of the American West -- and the same electric language and style that first brought to life the New South of Burke's legendary Dave Robicheaux series, catching the attention of booksellers and fans who catapulted Burke onto bestseller lists everywhere.To defend his illegitimate son wrongly accused of murder, Billy Bob Holland takes on the powerful class interests controlling the small town of Deaf Smith, Texas. But when a Mexican outlaw responsible for Holland's mistaken murder of his own partner years ago when he was a Texas Ranger resurfaces as a DEA agent, Holland realizes the corruption is more deeply rooted than he imagined. And a long-renounced violence flares within him like dry lightning on the horizon of the Texas plains. Cimarron Rose marks a new departure sure to please Burke's many fans, while finding an enthusiastic audience among readers drawn to tales of the contemporary West.
► Shelf Browser
► MARC Record